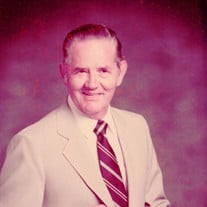 Captain Charles W. Campbell Jr. of Absecon, passed away on September 27, 2016. Born 1920 Crammer Hill New Jersey. A Commercial Fisherman since 1938 to 2002 and was a AMW from Barnaget Light and Atlantic City to North Carolina. He had five boats at different times, Kay-Ann1, Kay-Ann2, White Swan, Endeavor, and the Wayward Wind. He had a Commercial Captain licenses up to 300 hundred ton. Was one of the founding members of the Artificial Reef Association the secretary and treasure till the year of 2000. Third generation of fishermen, Grandfather Walter Campbell, Capt. of the Shepard, he owned an operated the last oyster schooner built by Dorchester in 1930 on the Maurice River, Father Charles W. Campbell Sr. Capt. of the Shepard, Commander and sailed out of the Maurice River and Cape May. Charles's Military service included US Army 1941 to 1945, in listed reserve Corp. In 101st Airborne Div. Paratroop inf.. 506 and 502, he served as a Pathfinder. Involved in the D-Day inv. Served in Scotland, England, France, Belgium, Holland, Germany, and Chec Republic. Served in the Battle of the Bulge in Belgium was wounded and sent to Paris, France and was hospitalized after the battle...Charles was given over 14 decorations included are as follows from US, France, and England. Three accommodations from Senate, Congress and President Bush. Charles is a member of the Order of the Purple Heart, VFW# 9462, American Legion Post #28, DAV and Veterans of the Battle of the Bulge Cape May Court House Div. and he recently received the Medal of Honor from France. Charles was also a member of the Knights of Columbus 4th degree, Villa Maria council 6342. For many years he served as an usher in his parish of St. Elizabeth Ann Seton. Charles is predeceased by his wife Katherine of 73 years. He is survived by his daughters Kathleen Charlesworth (Anthony) and MaryAnn Defeo (Frank) 8 Grandchildren, 15 Great Grandchildren, 1 Great Great grandchild and his most devoted dog Mackie. Viewing will be held at Lowenstein-Saraceno Funeral Home, 58 South New York Rd., Galloway on Friday, Sept. 30, 2016 from 6pm to 8pm. A Mass will be held at St Elizabeth Ann Seton Church, Absecon on Saturday, October 1, 2016 at 10:30 am, where friends and family may call at the church from 9:30am until time of Mass. Entombment will follow at the Holy Cross Cemetery, Mays Landing

Captain Charles W. Campbell Jr. of Absecon, passed away on September 27, 2016. Born 1920 Crammer Hill New Jersey. A Commercial Fisherman since 1938 to 2002 and was a AMW from Barnaget Light and Atlantic City to North Carolina. He had five... View Obituary & Service Information

The family of Charles W. Campbell created this Life Tributes page to make it easy to share your memories.