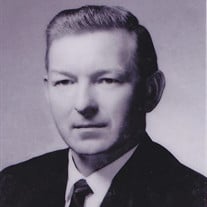 Peterson, L. James 82 - of the Cologne section of Hamilton Twp., passed away on March 31, 2012 after a long illness. James was born in Hammonton and raised in Nesco, before moving to Egg Harbor City and finally Cologne. He was a loving Husband, Father, Grandfather and Friend. He attended Hammonton High School, Philadelphia Wireless Tech. Institute and Eckels Mortuary College where he was a Deans list student. James served in the Navy during the Korean Conflict above the U.S.S. Henderson Battleship. His most notable conflict was the Inchon Invasion. He recieved many awards including the Good Conduct, Korean Service, United Nations, Navy Unit Commendation, Navy Occupation, and China Service Medals. He was a member of the Egg Harbor City and Nesco Fire Dept, the American Legion#158, the VFW #5043, Lifelong member of the NJ State firearms association, and a long time member and former treasurer of the Moravian Church of Egg Harbor City, NJ. He was a trusted Funeral Director and the owner of Atwood- Peterson Funeral Home (Now Saraceno Funeral Home)in Egg Harbor City from 1959 to 1985. He was Past President and co-founder of Peterson Monuments Inc. of the same city from 1976 until he had to retire in 2004.He enjoyed hunting, fishing, gardening and his grandchildren. He is survived by his loving wife of 56 years Jane (nee Atwood), son James (Jill), granddaughter Casey and grandson Matthew. He is also survived by his brother Clarence "Barney" (Taffy), and his sister Margaret Wescoat, sister in laws Nancy and Evelyn Peterson. He was predeceased by his brothers Donald, Robert and Lloyd as well as his sisters Doris Ford, Ethel DeCicco and Shirley Smith.He was also survived by many nieces, nephews and friends. Relatives and friends are invited to a viewing at the Moravian Church 235 Boston Ave Egg Harbor City, NJ 08215 on Wednesday April 4, from 9:00 to 11:00 am. Funeral service to follow at 11:00 am at the Moravian Church. In lieu of flowers donations can be made to the Moravian Church. An interment will follow at Egg Harbor City Cemetery.

Peterson, L. James 82 - of the Cologne section of Hamilton Twp., passed away on March 31, 2012 after a long illness. James was born in Hammonton and raised in Nesco, before moving to Egg Harbor City and finally Cologne. He was a loving Husband,... View Obituary & Service Information

The family of L. James Peterson created this Life Tributes page to make it easy to share your memories.