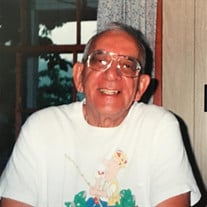 Salvatore A. Messina, 91 Devoted husband, father, grandfather, and brother Salvatore A. Messina, 91, of Midland Beach, a devoted husband, father, and grandfather, passed away peacefully at Richmond University Medical Center, surrounded by his family, on July 16, 2016. Sal was born on Nov. 7, 1924, to his late parents, Daniel and Carmela Messina (nee Episcopia), in New Brighton, and settled in Midland Beach in 1960. Sal was a watchmaker and jeweler and retired after 45 years. He was an avid fisherman and loved traveling to Lake George to fish and the Jersey Shore for weekend getaways. He also loved the racetrack and trips to Atlantic City. As a lifelong sports fan, Sal rooted for the Yankees, Knicks, and Jets. His greatest passion was being at his wife's side, his son's baseball games, or his grandchildren's activities. Sal was a devoted husband to the late Rose (nee Barnes) and led a courageous family battle with his wife's MS for over 60 years. Sal's devotion to his wife caused the family to constantly search for resources regarding a cure for her progressive MS. His search led him in many directions, including connecting with Notre Dame's legendary football coach, Ara Parseghian, whose wife also battled MS. These family efforts led to the development of the Linda E. Cardinale Regional MS Center at CentraState Medical Center in Freehold, N.J. Sal was a loving father to Daniel (Debra) and grandfather to Daniel and Lianne Erosa (Stephen). He is also survived by his sister, Rose D'Elia, and his sister-in-law and brother-in-law, Ruth and Joseph Heinemann, as well as many loving nieces and nephews. Sal is Predeceased by two brothers, Robert and Joseph.

The family of Salvatore A Messina created this Life Tributes page to make it easy to share your memories.